Our permanent displays take the visitor on a journey from the beginnings of mining in the Esk valley, through the construction of the railway in the 1870s right through to its preservation in 1960 and the story up to the present day.  Here is a brief flavour of what can be seen on your visit. Remember in summer our steam engines can often be seen puffing about at Ravenglass station! 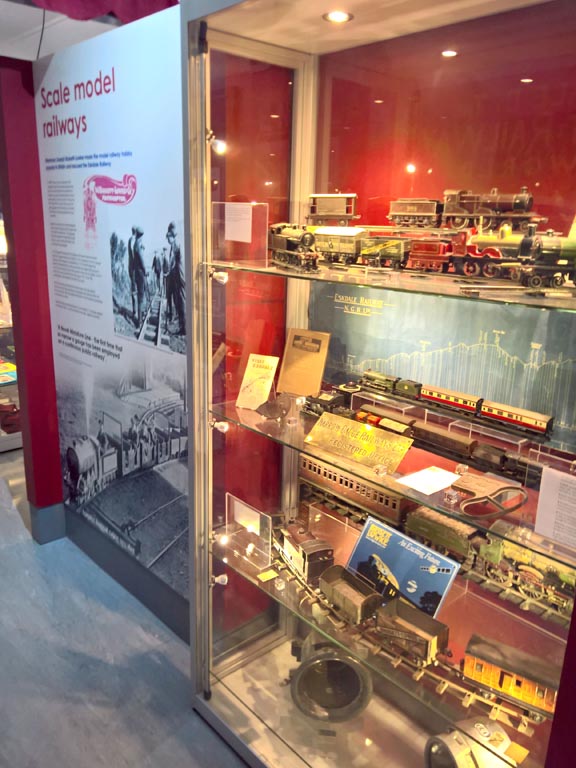 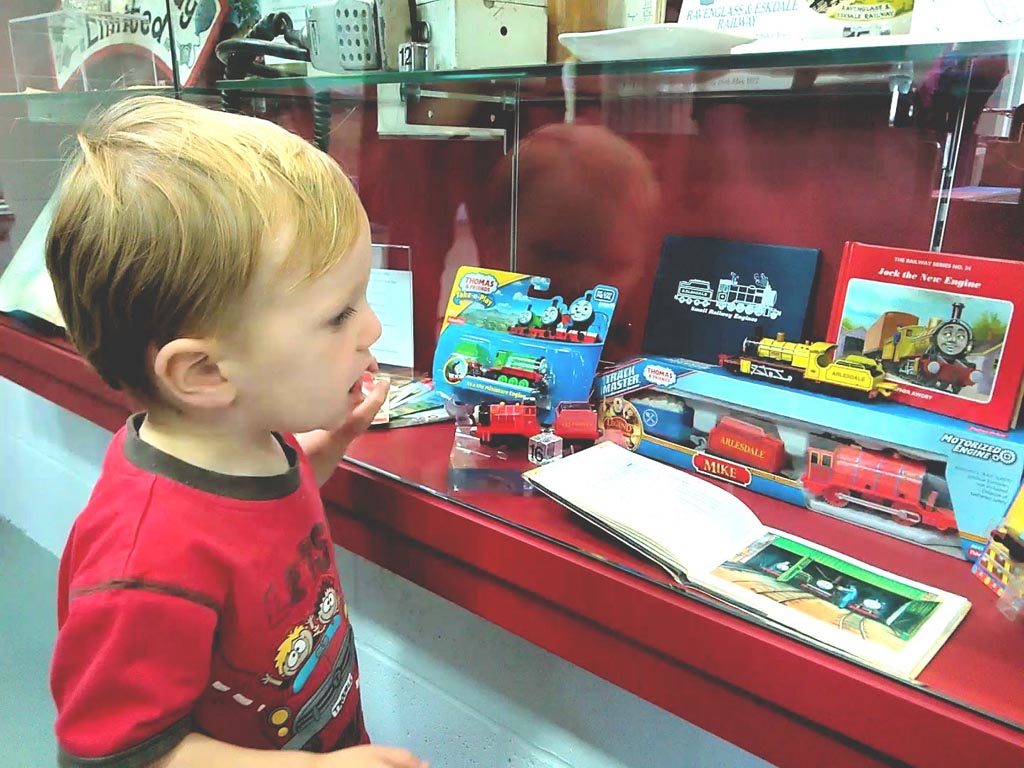 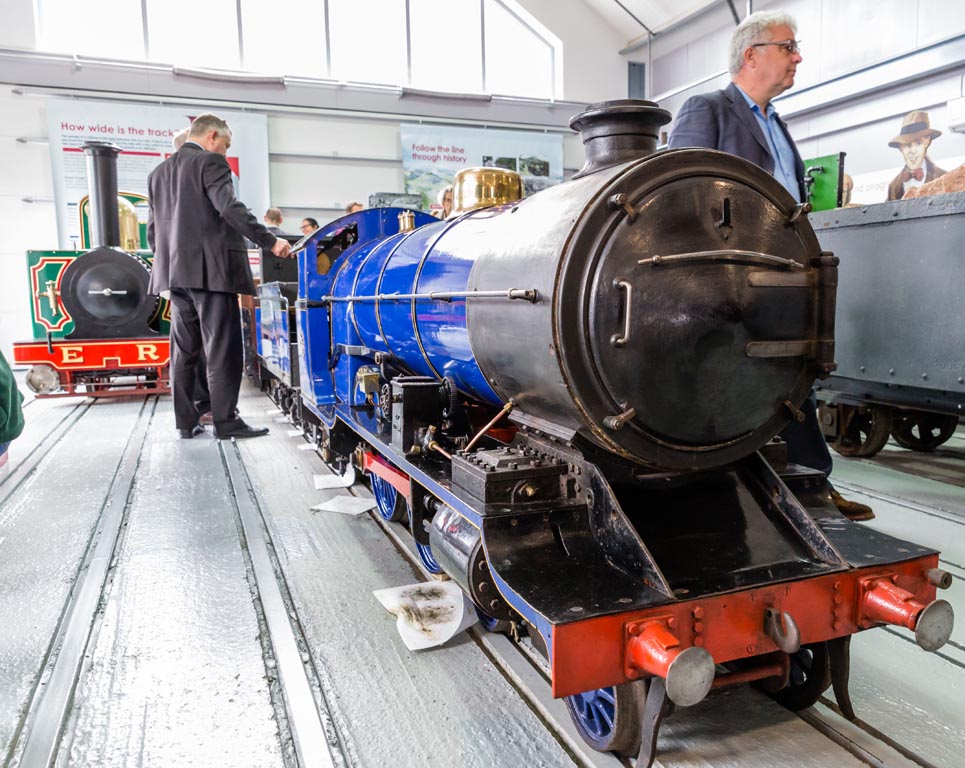 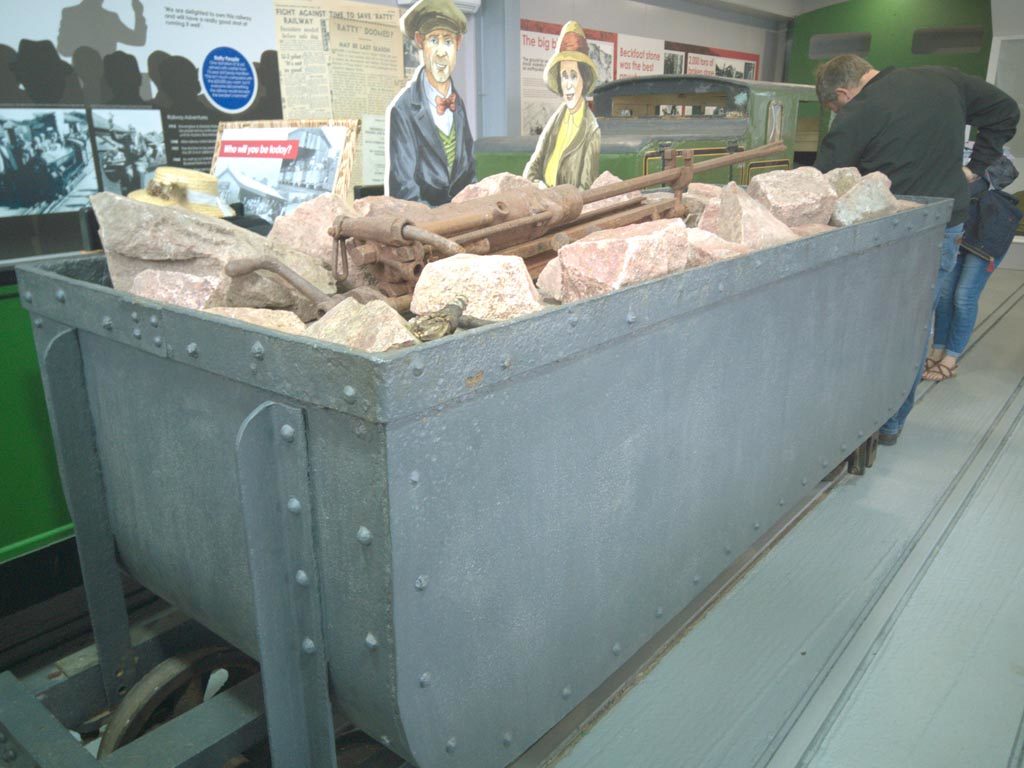 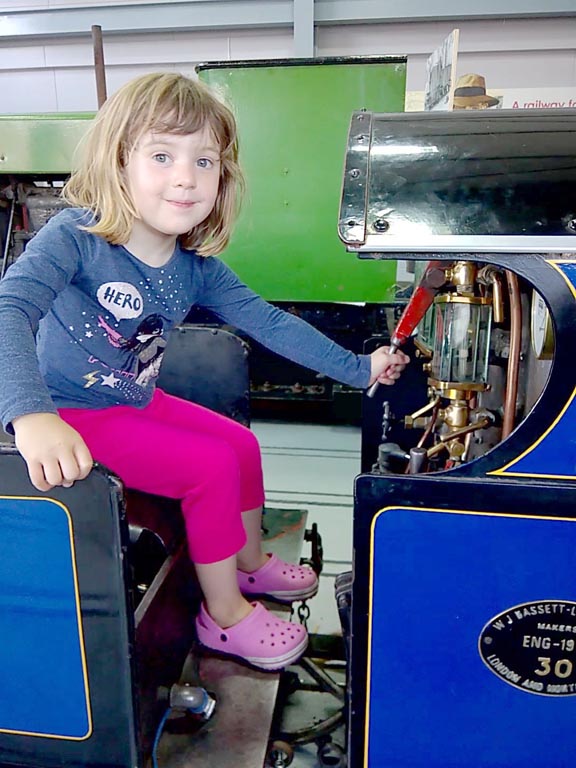 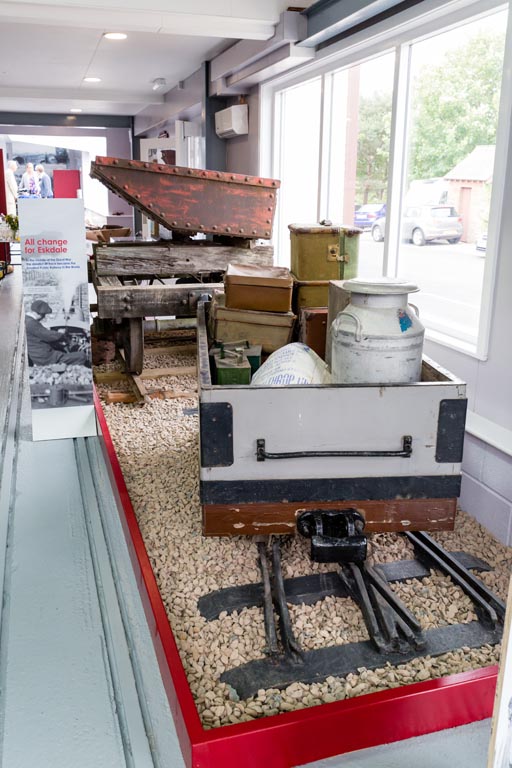 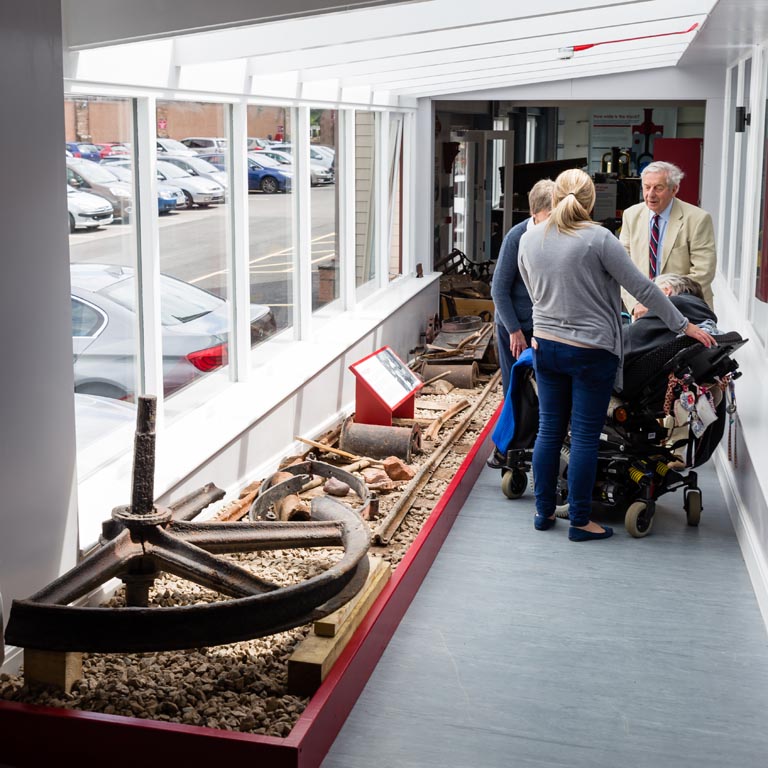 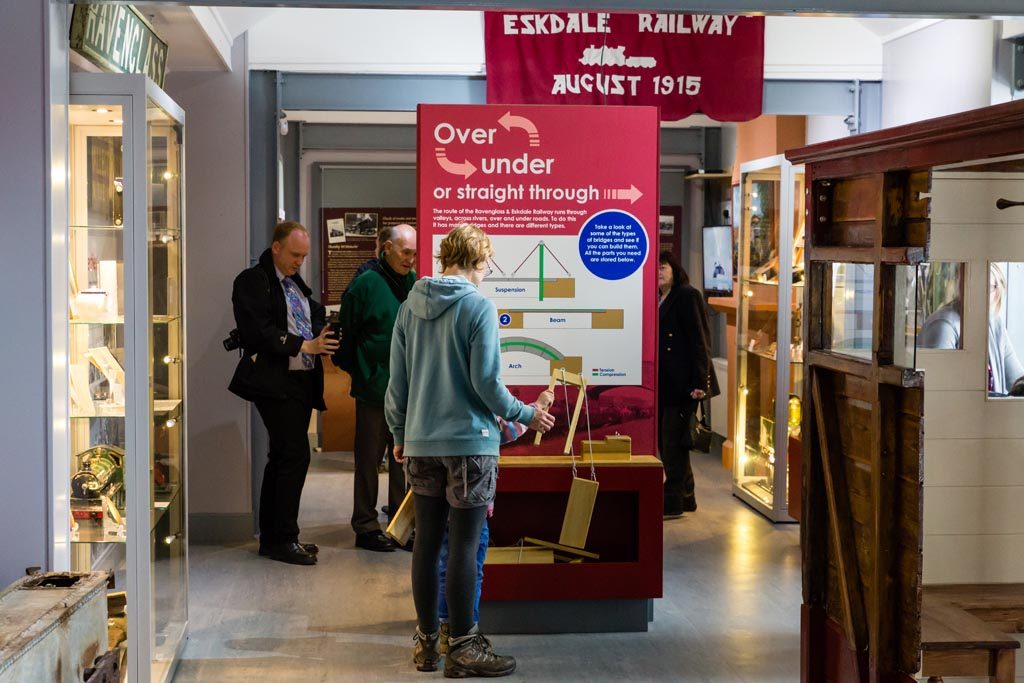 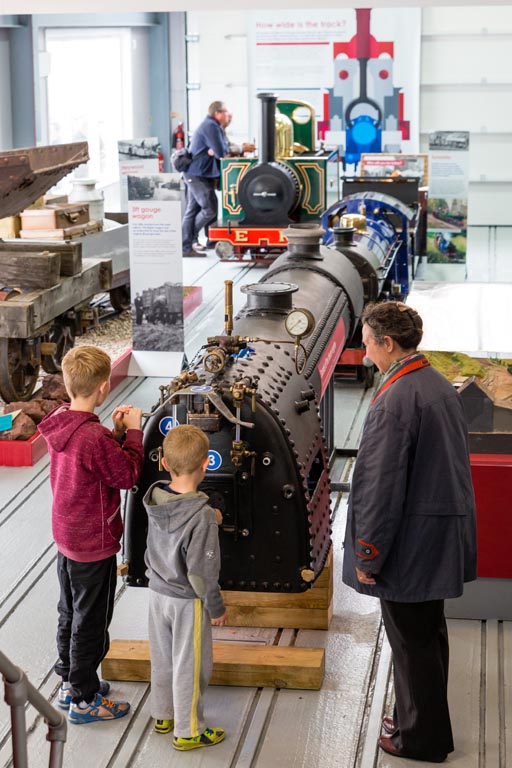 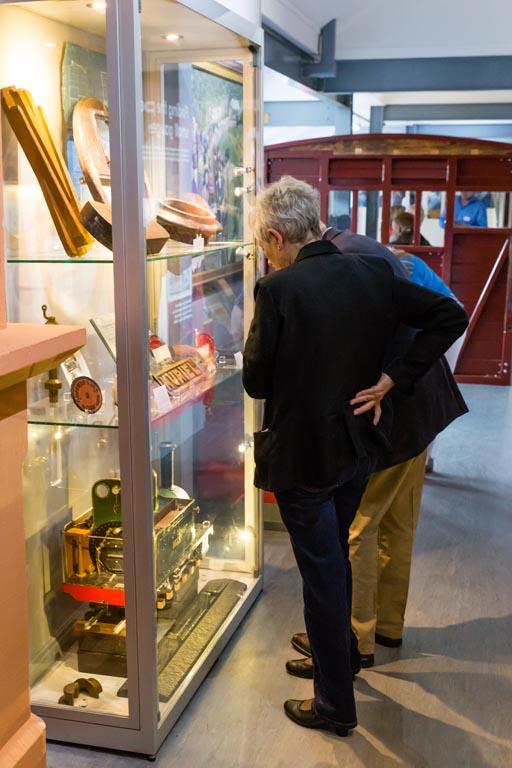 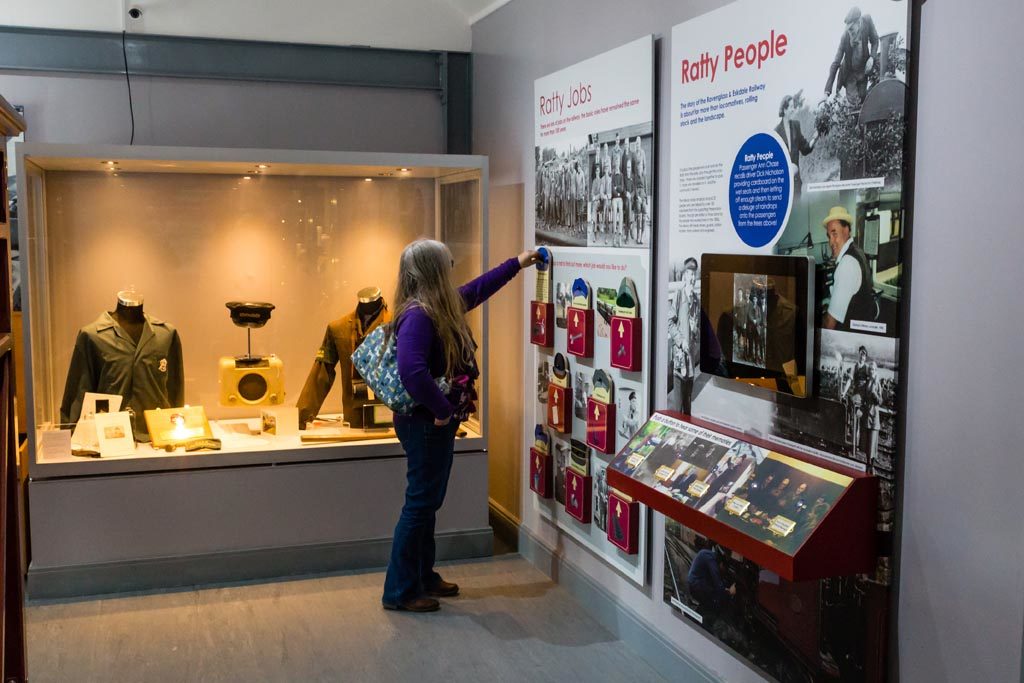 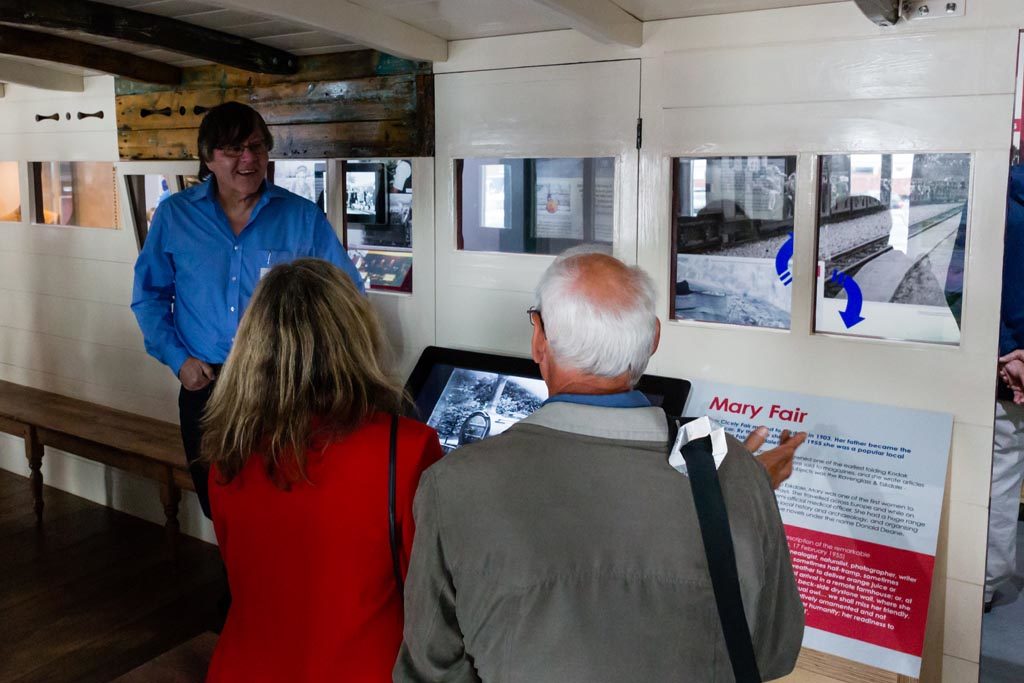 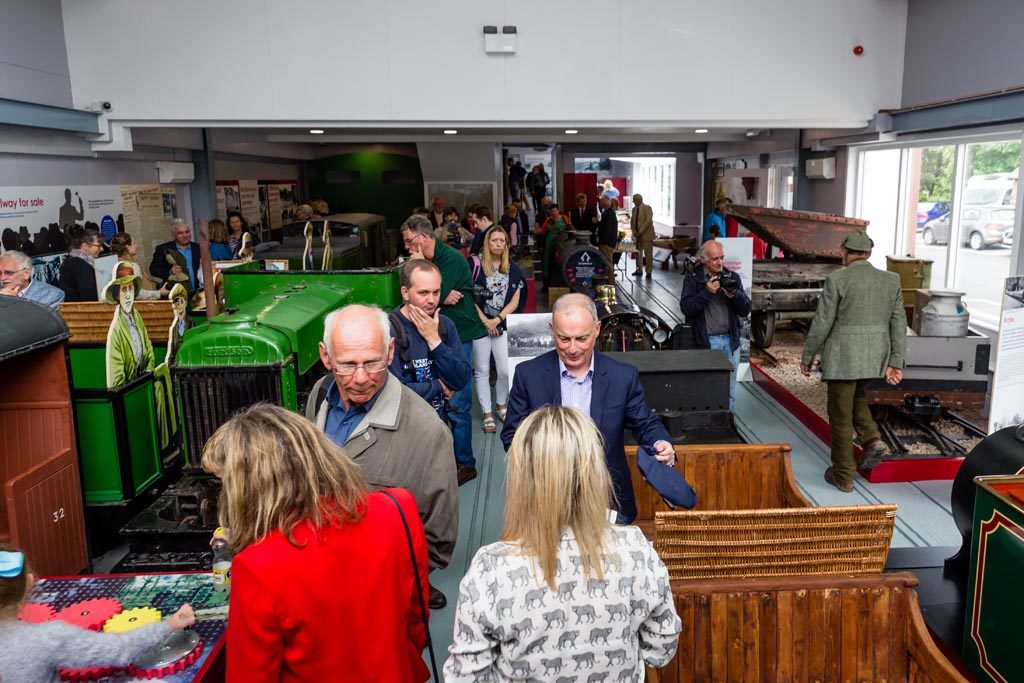 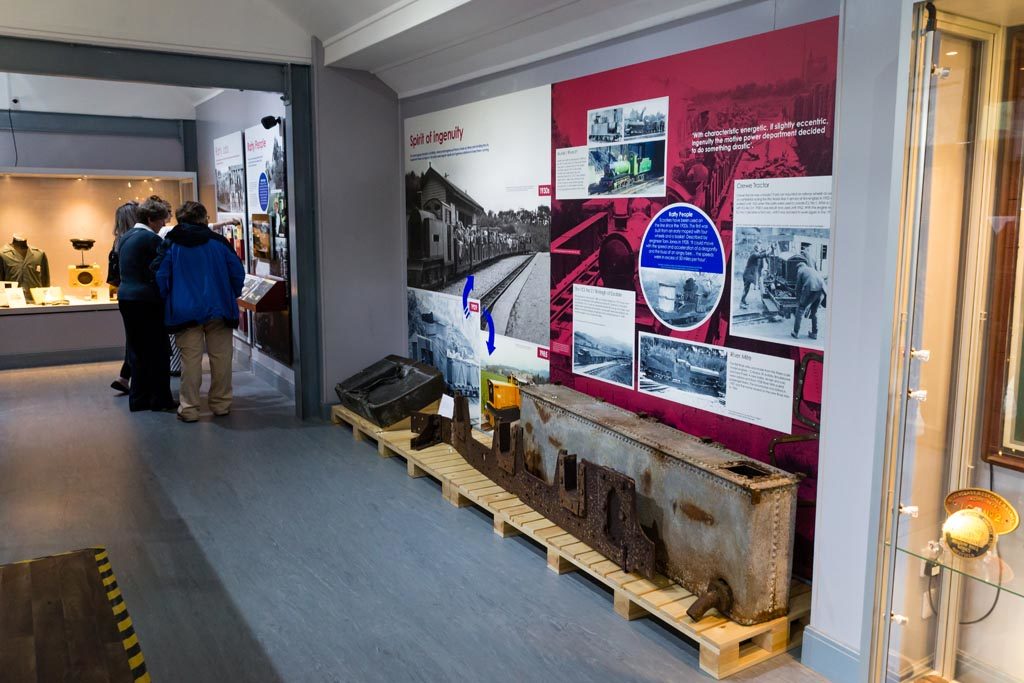 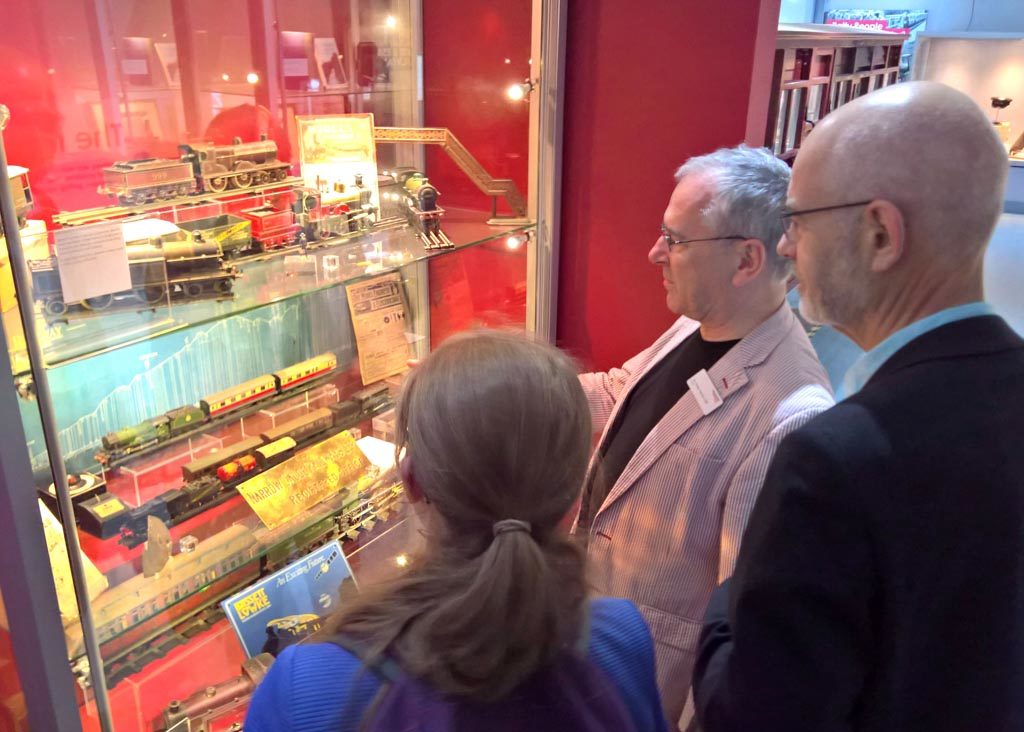 HARD GRAFT
Could you be an iron ore miner in Eskdale? Learn about their life and work, then decide for yourself.

OWD RAT TROD
The origins of the railway in 1875. See tickets, models and the Big Saloon coach, reconstructed from the last remnants of ‘Owd Rat Trod’ (old rat track), the old 3ft gauge line. Hear the story of the remarkable Mary Fair who recorded life in Eskdale for over 50 years.

NARROW GAUGE RAILWAYS
After the ‘Owd Rat Trod’ closed in 1913 it had an unlikely resurrection at the height of the First World War in the hands of famous modelmaker W.J. Bassett – Lowke. Follow the remarkable story of the birth of ‘La’al’ (little) Ratty and see displays of Bassett – Lowke’s products from table – top toy trains up to 15 inch gauge locomotives such as Synolda

THE MINIMUM GAUGE
In the 1800s miniature trains conquered the world! Learn about Sir Arthur Heywood’s experiments to find the minimum gauge railway and his legacy at Ravenglass today, including the 1896 loco’ Katie – recently returned to working condition.

HOW DOES A STEAM ENGINE WORK?
Learn how steam engines work and get to grips with the controls yourself with our interactive exhibit created from a genuine sectioned boiler from the R&ER’s River Esk locomotive

ROARING TWENTIES
See how the railway became a tourist attraction as visitors flocked to ride ‘The Smallest Railway in the World’. Dress up as a 1920s passenger!

RATTY PEOPLE
Our railway is much more than trains and track. Hear the people of the Ratty tell their own stories and see their artefacts of life on the line

THE BIG BLAST
Could you be a Quarryman? See the locomotives, wagons and tools that quarried granite for 30 years on the little railway, and the standard gauge diesel shunter that helped out.

RAILWAY FOR SALE
Read all about it! In 1960 the railway was in danger of being sold for scrap. The local community and enthusiasts banded together to save the railway in a dramatic auction and founded the Ravenglass & Eskdale Railway Preservation Society

PRESERVATION AND PROGRESS
The story is brought right up to date with the evolution of the railway since preservation in 1960, such as new stations and locomotives, disabled carriages, radio signalling (a UK first!) and even appearances in the Thomas the Tank Engine books.

The museum also cares for the old Ravenglass main line Signal Box, built by the Furness Railway in 1873 and used until 1965.

The ‘box’ was restored in the 1990s and visitors can try pulling the signal levers or ringing the telegraph bells for themselves, or simply get warm by the open fire.

The signal box is c200m from the museum and is open on special occasions. 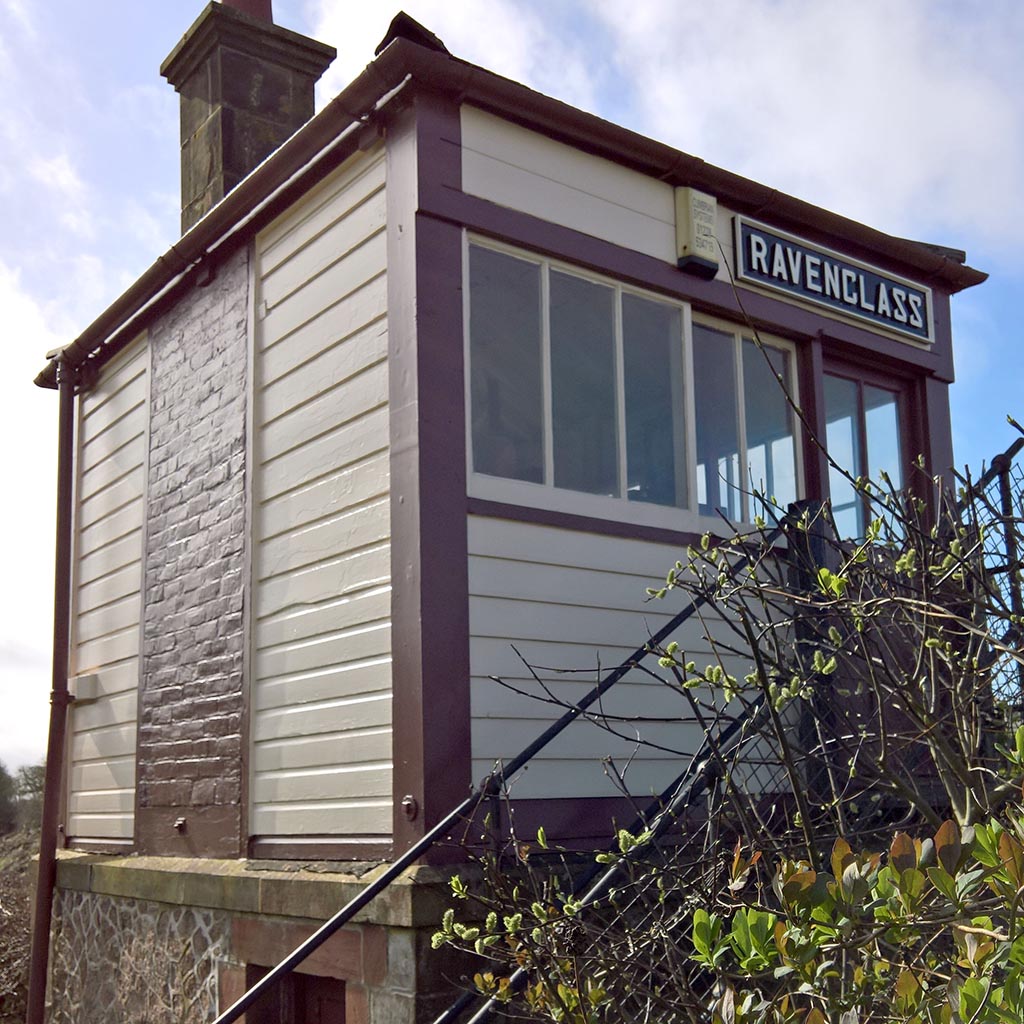 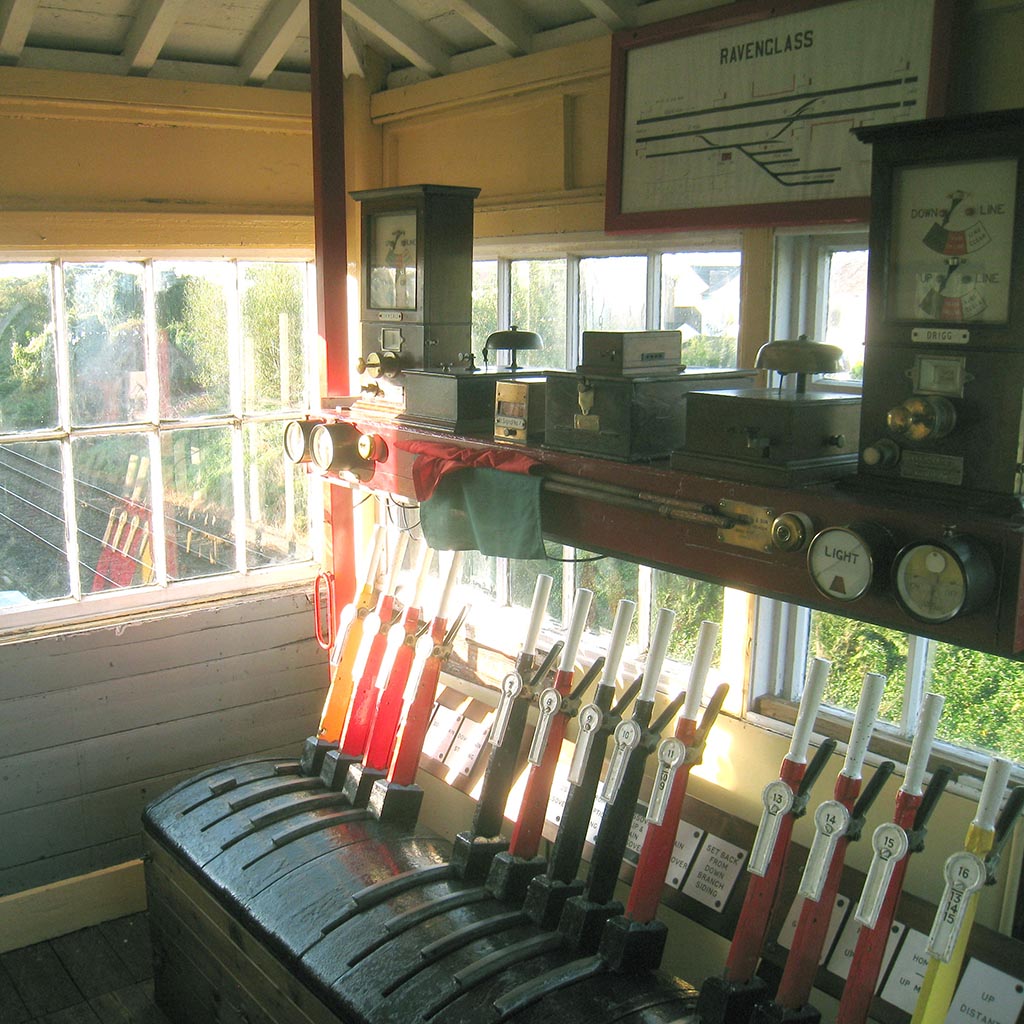 The Museum boasts a Community Exhibition Gallery which rotates displays every June and December. The current exhibition is: ‘Romans In Ravenglass’

The gallery is available to local community groups and schools, and the next exhibition will be a multi-school ‘Celebration of West Cumbria’, to be installed by the pupils of Seascale School in early July. You never know what we’ll be exhibiting next!

Display facilities in this gallery include: 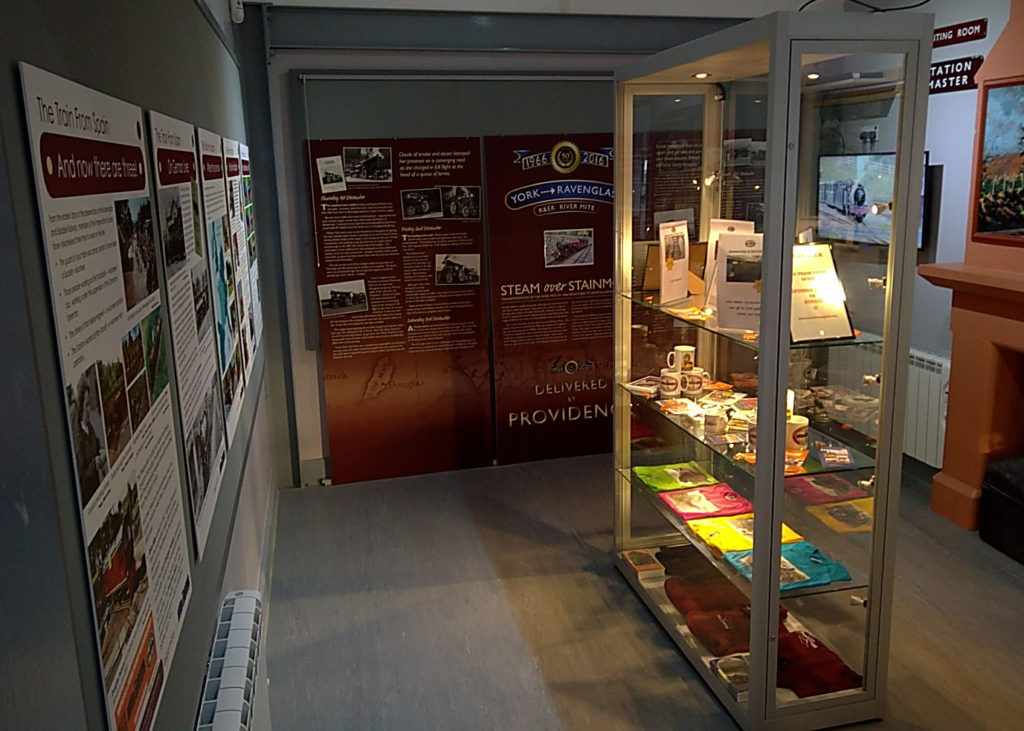